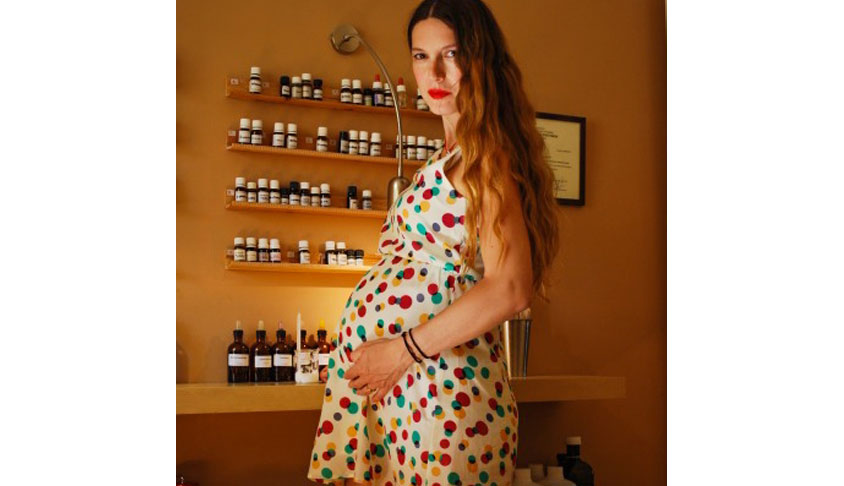 The changes that motherhood brought to my life, featured in a very beautiful article about my pregnancy diary, on the website MissBloom.gr. Also, a competition with a chance to win my book “What flavour do your cosmetics have?”. Read my diary HERE!

Dimitra Goula talks to us about the changes that motherhood brought to her life. Plus: A chance to win her book!

First trimester: “I feel so sleepy…”

I was presenting my second book “What flavour do your cosmetics have?” at a bookshop in Crete, when I suddenly started to feel extremely sleepy. I thought that I was probably just tired from the journey and from the continuous presentations that I had been doing those days, and I didn’t really pay any attention. A few days later, I was going to participate in the Exclusive Beauty cosmetic exhibition, where I was going to display “My Handmade Beauty” cosmetics and promote the natural therapies that we offer at my institute. I had never done anything like this before, and I was very stressed. I had to preserve my strength. I came back to Athens exhausted and I decided to switch my phone off and sleep for 12 hours! I can’t say that I woke up feeling refreshed, and 4 hours later, I felt sleepy again! I thought something’s not right. I’m not the kind of woman that can’t cope with work. Am I suffering from exhaustion? No! I was pregnant!

After suffering the initial shock of conflicting emotions and obvious questions like: yes, I wanted this, but will I be able to cope? Can I handle such a responsibility? How will I be able to include this in my difficult work schedule? Will I be able to leave the house when the baby is born? No more spontaneous trips…. Oh my God, help…

I cancelled all of the subsequent presentations, as per my doctor’s advice. He said not to get stressed, because stress is like running, and as you know, you’re not supposed to jog during the first trimester, and in general, because I was no longer in my twenties he recommended bed rest. Of course, as a workaholic, I couldn’t lie around doing nothing, and so I focussed on my work at the institute. I kept the tradition of not saying anything about my pregnancy until I had reached the end of the first trimester, and stayed seated at the Zappeion Exhibition Centre saying that I was suffering from lumbago. I’d sometimes forget and would get up from my chair energetically and everyone would say “Wow, how do you get up like that with lumbago? Aren’t you in pain?” which I replied to with more lies…

Other than that, I didn’t really have any particular problems, aside from the occasional short bouts of morning sickness which passed when I ate something, and the drowsiness. What worried me the most was that I might gain kilos, get stretch marks, and brown spots as summer was approaching.

Always use a sunscreen cream with a maximum of 30 SPF (so that it doesn’t contain a lot of chemical filters) from the moment you find out that you are pregnant, and massage your belly with a pure cosmetic butter for stretch marks, before it starts to grow. Massaging stimulates the blood circulation in the skin, and so together with the product that you are using, your skin becomes more elastic!

Most of my friends told me that they had put on 20 kilos each during their pregnancy, excluding the weight of the baby. “Ah, during the first trimester you’ll be hungry and you’ll put weight on they said. Your appetite will increase and you will eat everything”. I was apprehensive and so I was relatively careful, without actually noticing a change in my appetite though. During the first 3 months, the doctor that was observing me weighed me, and I had only put on a kilo. Now I felt more confident! The following month though, when he re-weighed me, I had gained another 4 kilos! “Ah no” I thought, “I’m not going to become a captive to stress with regards to kilos”. I will simply keep an eye on the quality of my diet (I mainly eat organic food, and I have small meals every 4 hours and I avoid eating late at night as much as possible) and I will not weigh myself again until the end of my pregnancy! Now that I am approaching the 8th month of my pregnancy, I realise that this was probably a wise decision, because from what my friends have told me, apart from my belly, I am just as I was before I fell pregnant.

After the first difficult trimester had passed, during the second trimester I became active again, over and above in everything I did. I regained my energy, the morning sickness had magically subsided and I hadn’t realised how time had passed, until now that I will be entering into the 8th month of my pregnancy in the next few days! I’m taking lessons on how to have a painless childbirth and I’m doing yoga for pregnancy! It’s great fun watching myself and all of the other pregnant women in my class tying ourselves into knots with such big bellies! Yoga, and in general, being mobile, helps me a lot, especially now that my belly is getting quite heavy. The only thing that I am anxious about now is that my baby girl is born healthy and of course that I’m going to have a natural birth and that I will be able to breastfeed for as long as possible.

The thing that puzzles me is that all of our mothers (from the previous generation) gave birth naturally (with a 5% caesarean rate) and that so many women in our generation have problems during childbirth (with a 60% caesarean rate).

I asked the midwife and my doctor at the painless childbirth classes, in which cases should a woman have a caesarean and they said that it is only in very rare cases, but unfortunately, for convenience doctors profusely recommend caesareans to women who are ready to give birth, giving reasons such as, the baby is too big for a natural birth at 3 kilos and 800 grams. I thought of my case, that my mother gave birth to me naturally, even though I was 4 kilos and 400 grams! The whole process that a women’s body goes through during pregnancy is such a magical one. Think… we secrete a hormone which softens all of our joints and tissues so that the body can open up like a flower for our baby to be born. It then completely goes back to normal in the following months as if nothing had ever happened! It really is a miracle, but instead of experiencing it naturally, today we experience it surgically. And instead of breastfeeding our babies with our own milk which is the most suitable for babies, we are advised to use industrialised milk straight away, which cannot be compared in any way to the quality of maternal milk.

As I will be breastfeeding, I won’t be appearing on the television shows where we make our natural recipes for a short while, but you will soon see me on new shows and with a new book especially for mothers and babies!!

I can’t wait to experience the emotions of motherhood and I wish for all the new mothers-to-be, to feel the same enthusiasm and joy for this miracle of life…

“Miss Bloom” and Dioptra publications are giving away 2 super books! 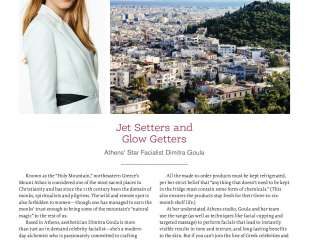 Find out more or adjust your settings.

No products in the basket. 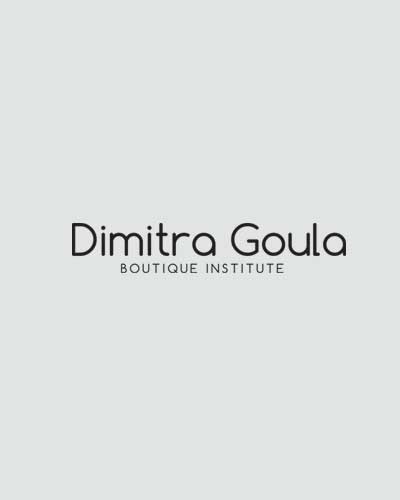 This website uses cookies so that we can provide you with the best user experience possible. Cookie information is stored in your browser and performs functions such as recognising you when you return to our website and helping our team to understand which sections of the website you find most interesting and useful.

You can adjust all of your cookie settings on this page

Strictly Necessary Cookie should be enabled at all times so that we can save your preferences for cookie settings.

We also use Google Web Analytics service to collect information about the use of our site. We use Google Web Analytics and Google tag manager to collect information about usage of our website. We use the Google remarketing tag service that allows us to show targeted ads to users who have already visited our site. We use the Facebook pixel service that allows us to monitor our Facebook ads, optimize our ads based on the data we collect, create targeted audiences for future ads, and remarket to suitable prospective users - people who already have performed some action on our site.